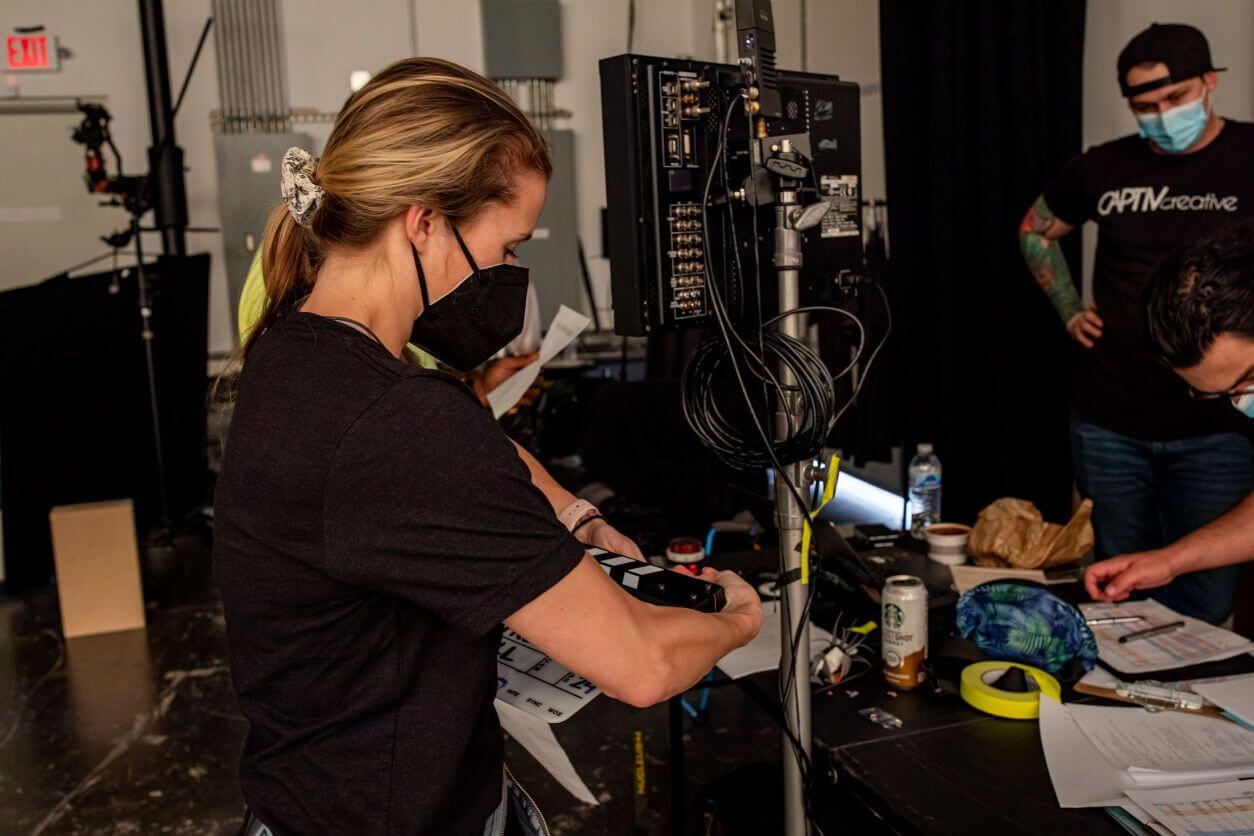 Video productions often involve all hands on deck, with many people coming together to create a remarkable and memorable piece. Naturally, if you are working with a video production crew, comprehending the jobs of different members makes it much easier to know where to go if you run into any issues. So, to help you gain a better understanding, we have curated a list of the top roles that you can expect to find in any typical video production.

Roles of the Production Crew

If video production is a ship sailing for gold, the director is its captain. Essentially, they control everything happening behind and in front of the camera. Naturally, this leadership role often means that they must bear the most considerable weight during the production, as it is their job to get the best out of both their actors and crew.

Additionally, your director may also take a more hands-on role when dealing with other production aspects, such as the script, camera positioning, and much more. However, this will generally depend on the skillset and philosophy of your director.

While the work of a producer may vary from project to project, they are generally the members of the crew who define the expectations and high-level goals of the campaign. The producer’s job is to ensure that the project runs smoothly and that all crew members communicate effectively. By doing so, all other team members can remain dedicated to their tasks and finish the project by the stated deadline.

Depending on your production, the producer may also perform other tasks such as interviewing staff, procuring the necessary equipment, and handling post-production.

The Director of Photography (DoP) / Cinematographer

The Director of Photography acts as the king of the visual crew. Their job is to breathe life into the director’s vision by ensuring they capture all shots to perfection. To do so, your cinematographer will generally ensure that all visual aspects of the production, such as the lighting, background, and angles, are flawless during shooting.

Directors of Photography may also offer their input on other visual areas during post-production, such as the color grading, image texture, and preferred shots.

For most video productions, the crew will often turn to several cameras. This variation allows the director of photography to have a tremendous range level while capturing shots and angles. The key grip is generally the person in charge of positioning these different cameras and ensuring they are adequately rigged and will not be damaged while shooting.

You should also expect your key grip to work with various equipment such as dollies, jibs, cranes, and tripods. Additionally, depending on the size of your video production, your key grip may also oversee other members of a more expansive grip team.

We cannot overstate the impact that lighting has on production. Good lighting can be the difference between a video that an audience cannot see and one that people praise for color and style. Naturally, this need for adequate lighting is one of the core reasons why the gaffer is one of the most vital people on the set of any video production.

In most cases, your gaffer will be in charge of handling all things electronics and creating an effective lighting plan for the entire production. This strategy may also include other minor details, such as the light color to use and how the crew should change them between each shot.

Although the director, cinematographer, gaffer, and other crew members try to craft perfect shots during shooting, there is always more to do in post! Fortunately, producers hire editors for this task, with a job description of applying glue to all the best shots, leading to a fantastic piece that will make audiences and clients happy.

During the video editing process, your editor will also receive input from other crew members, such as the cinematographer and director, using their advice to ensure that they do not lose sight of the creative vision during post-production. You can also expect your editor to apply color grading and add any notable graphics that will help enhance the footage.

Ready to Work with a Talented Production Team?

At Captiv Creative, we believe that every brand should be able to engage with its audience through memorable video productions. Through this medium, your business can create a captivating visual experience that will remain engrained in the minds of your audience for years to come. If you have been considering experimenting with a video production crew but do not know where to begin, do not fret.

From TV spots to product information videos, Captiv Creative has you covered. For more information about how we can help push your brand to the next level, submit your project idea, and our team will get back to you as soon as possible. Alternatively, if you would like a first-hand taste of some of the previous works that we have carried out for other brands, do not hesitate to watch our demo reel.

Corporate videos can be used to achieve a wide range of goals for your company.…
Sam Rossiello
Video Production
April 18, 2022

How to Create Memorable Brand Videos

Brand videos are a great way to build awareness for your business, brand, or products…
Sam Rossiello
Video Production
March 28, 2022

Types of Videos to Create for Marketing